The Missouri Department,
Sons of Union Veterans of the Civil War
Welcomes You!
Get Ready For A Great 2022!

US Grant Camp 68 of St Louis holds Lt General William T Sherman Remembrance Day at his grave in Calvary Cemetery, St Louis, MO on October 24, 2021.  Joining them in the ceremonies are the Julia Dent Grant Tent of the Daughters of Union Veterans of the Civil War, President Jessica Booth of the Woman's Relief Corps, the Lt. Col. Wilhelmi Camp #17, St James Camp #326, all of Missouri, and the Col. Hecker Camp from Illinois. 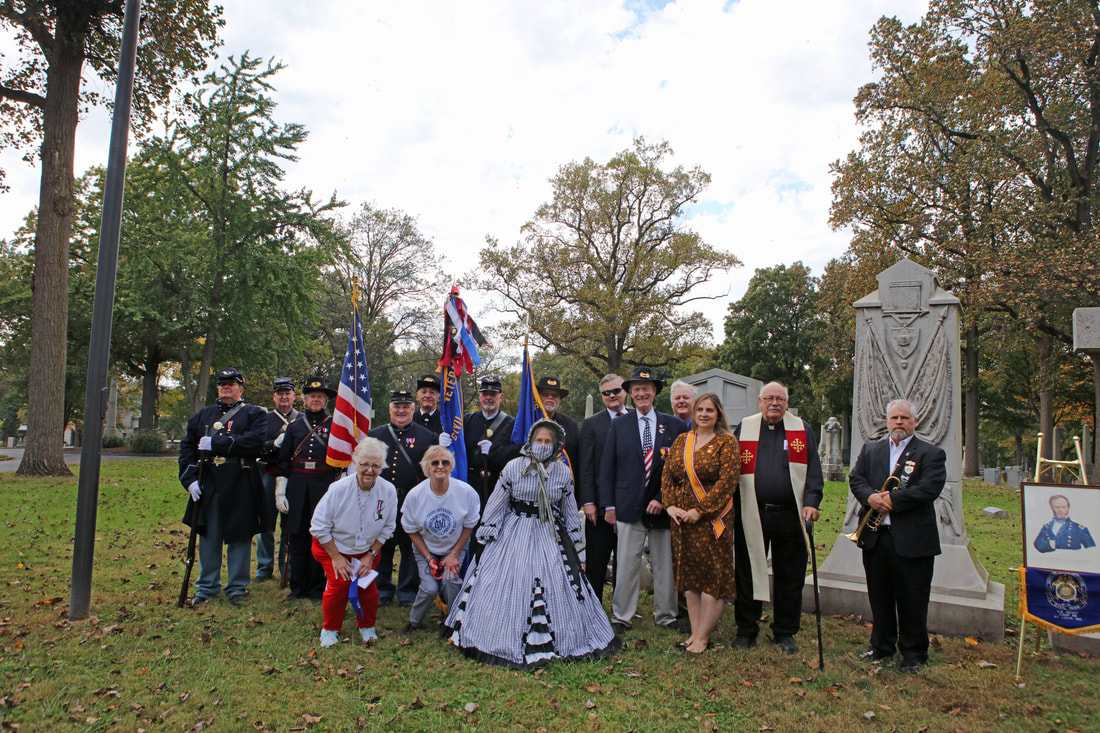 Battle of Pilot Knob - Sept 25, 2021
While 2 Past Department Commanders walked around in SUVCW Logos and medals, Fletcher Camp 47 was manning a booth

Dept of Missouri at the National Encampment, Frontenac, MO, August 2021

Our Department Encampment  - June 5 - at the Missouri Civil War Museum

A BIG THANK YOU to Brother David McCann (pictured above),
Westport Camp #64, Kansas City, MO,  for making a very wonderful donation of $5000.00 to the Sons of Union Veterans of the Civil War National Scholarship Fund.